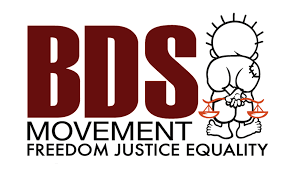 * Decision has major implications for anti-BDS state repression in Europe including Germany, where advocates for Palestinian rights face fierce restrictions on their civil rights.

There is panic in Israel and within the Zionist lobbies in Europe. In particular, the liberticide laws of the pro-Zionist ministers under Sarkozy have become illegal. Anti-Semitism – which I have always fought against – is a crime. But anti-Zionism is a political opinion says the ECHR …

What is BDS?
Boycott, Divestment, Sanctions (BDS) is a Palestinian-led movement for freedom, justice and equality. BDS upholds the simple principle that Palestinians are entitled to the same rights as the rest of humanity.

This entry was posted in # ACTU / BREAKING NEWS. Bookmark the permalink.