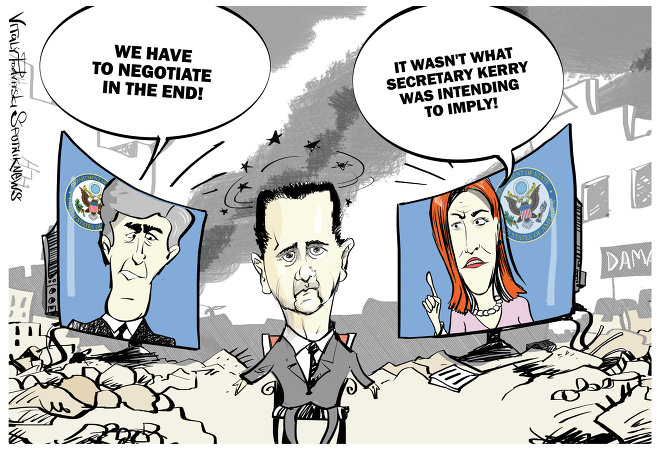 Attention Deficit Hyperactivity Department …
United States officials denied there were any plans to meet Syrian President Bashar Al-Assad, saying he would « never » be part of any peace negotiations to end the civil war.

Earlier John Kerry suggested that Washington would have to talk with Assad eventually if peace was to be reached, but State Department spokesperson Jen Psaki said that there’s no future for Bashar al-Assad in Syria, denying the statement made earlier by Secretary of State.
It seems that the US State Department is unclear about their position in the Syrian conflict.