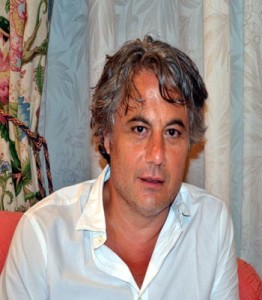 Former General Manaf Tlass, unworthy son of a founder of the Syrian Ba’ath, highest ranking officer to have deserted, ousted one year ago from the leading circles of  Ba’athist Syria, called on Syrians to « join (…) to build a new Syria (sic) », in his first public statement since his defection on July 6. The traitorous general, who has networks in France, could play an important role as a pawn of the French-American policy in Syria.

The family – a cousin Abdul Razzaq Tlass … is one of the leaders of the pseudo FSA – chose, it seems, a personal political flight, where financial calculations play the lead role.

“The Tlass family reportedly has strong ties to the Free Syrian Army [FSA], with Abdul Razzaq Tlass – nephew of Mustafa Tlass and cousin to Manaf Tlass – serving as the commander of the FSA al-Farouq Brigade, which has fought running battles with regime forces in Rastan and the outlying areas”, said ASHARQ ALAWSAT.

ASHARQ ALAWSAT published in English an interview with the head of the family Firas Tlass, « businessman » which clearly outlines the motives and ambition of the clan (1).

The Arabic newspaper also argues that « 45 officers members of the Clan have deserted. » “Firas Tlass informed Asharq Al-Awsat that a total of 45 members of the Tlass family have defected from the al-Assad regime, including his younger brother and boyhood friend of Bashar al-Assad, Brigadier General Manaf Tlass.”

This interview is a call to generalized treason. In name of all the familly, Firas Tlass “also called for mass civil disobedience to break out across Syria”!

The real goal is to put in power one member of the familly : “However the Syrian tycoon told Asharq Al-Awsat this the most likely solution would see the “rise of a strong internal current that unites an important part of the revolutionary trend, and which possess a strong and clear political program to govern the next stage” adding “this current would impose itself on the scene and would be capable of negotiating with the regime.” He nominated his cousin Abdul Razzaq Tlass as a figure who can represent the Syrian revolution, said  ASHARQ ALAWSAT.

But the real plot is concerning former General Manaf Tlass. For one week now, French medias linked to NATO, such as LIBERATION (pro SNC / FSA) or the AFP evocate now a futur role for the traitorous general in a future Syria without Bashar El aAssad. The plot is to use Manaf Tlass to break the Syrian regular Army and also the Ba’ath party.

LIBERATION (Paris, « Syria: five questions in the future », 27/07/2012) writtes that « The scenario supported by the West is that of a transitional government with groups claiming from the NSC, representatives of the opposition called domestic, and former regime members considered to be almost acceptable. Among the latter, what will be the role of General Manaf Tlass? Childhood friend of Bashar, he defected without taking the risk to strongly condemn the regime. Since then he has displayed a position both vague and unifying , announcing on Thursday he was preparing a roadmap to get out of the crisis involving « all honest people who want to rebuild Syria, whether the NSC or FSA [...] or even within the regime (…) Tlass, who has the advantage of being both Sunni and from the regime, will find little support in the NSC but has some relay in historic opponents . » (2)

In an open discussion with the “Syrian Youth dialogue” Facebook group – a pro SNC – FSA group supporting NATO agression – a few days ago, Firas Tlass put forward his view for the transitional phase in Syria. He stressed this should include a “government with a specific formation (perhaps Manaf [Tlass] would be one of its members, comment ASHARQ ALAWSAT) however the power in this government would be shared, in other words there would be no president” adding “decisions would be made by vote, and this government’s task would be to protect the transitional phase and allow the country to reach a national constituent assembly elected under international supervision.” Firas Tlass evocated “Manaf Tlass came to power by internationally observed elections” …

Since that, and confiming his elder brother interview, Manaf Tlass makes offical declarations on July 28, in a statement broadcast on ALARABIYA TV and again on the anti Assad ASHARQ ALAWSAT, in a extensive interview with Asharq Al-Awsat Editor-in-Chief Tariq Alhomayed (3). Interview made in Jeddah in Saudi Arabia, the hardcore with Qatar of the anti Assas coalition. Tlass is in Saudi Arabia to perform the umrah [pilgrimage], a way to show him more open to the islamist supports of the so-called “Syrian” opposition …

Tlass stated frankly that “he does not see a future for Syria under Bashar al-Assad.” To the question “Will you communicate with the opposition Syrian National Council [SNC] and Free Syrian Army [FSA]?”, he answered : “I will communicate with each noble party that wants to build Syria, whether the SNC or the FSA, whether at home or abroad”.

More interesting, Manaf Tlass give obedience to his new Saudi masters, the Best US ally in Middle-East with Israël : “I am very happy to be in the Kingdom of Saudi Arabia, and am very glad to have been able to perform the umrah [pilgrimage]. Saudi Arabia is a friend to Syria (sic), and one of the regime’s strategic mistakes was to lose this relationship with Saudi Arabia (resic) (…) Therefore I came to Saudi Arabia to greet our Saudi brothers, and to see whether it is possible for them to help us in drawing up this roadmap, along with our other regional and international friends.”. That measd ISA, NATO, Islamist Turkey of AKP. Tlas added : “We will deal with anybody who can help Syria with the crisis it is facing, let alone Saudi Arabia which is a sisterly state (sic)  (…) We hope that there will always be a close and friendly relationship between ourselves and our Saudi brothers.I would also like to take this opportunity to thank the Custodian of the Two Holy Mosques, King Abdullah Bin Abdulaziz, for giving me this opportunity to visit Saudi Arabia, as well as everything that he has provided to the Syrian people in terms of assistance and aid. This is something that demonstrates the generosity of the Custodian of the Two Holy Mosques.” So the Golden boy of the French parties is now a good Muslim …

The family owns a significant patrimony in France, a blackmail of the French government on the seizure of it is probably also not to be excluded. In Libya, in April 2011, Musa Kusa, Minister, had also chosen treason to preserve his patrimony in the U.S. …

“The Tlass family is a prominent Syrian Sunni family with long-standing ties to the al-Assad regime. Mustafa Tlass previously served as Syrian Defense Minister under president Hafez al-Assad, as well as his son and successor Bashar al-Assad, whilst his son, Manaf Tlass, was a childhood friend of Bashar al-Assad whose defection earlier this month served as a shock to the al-Assad regime”, comment ASHARQ ALAWSAT. Firas Tlass himself is a tycoon, the founder and owner of the prominent Min Ajl Suriyya [MAS] company. His company is involved in a variety of fields, including agriculture and manufacturing.

BEWARE OF THE MEDIALIES FROM THE NETWORK OF THE TLASS FAMILLY IN FRANCE !

ATTENTION to the fact that this traitorous general, who has not only betrayed the Syrian Army but also his childhood friend Bashar al Assad, CONTROLS ONE OF THE MAJOR FRENCH SITES OF « SUPPORT FOR SYRIA, » maintained for now and that therefore all manipulations are to be expected after his betrayal.

Since his ignominious flight, his teams in Paris have in fact already published media lies trying to deny his betrayal and evoking a smoky « mission in Syria » (sic). While since July 14 and the interview with ASHARQ ALAWSAT no doubt was possible. And despite Manaf Tlass offical declarations on July 26, again on the anti Assad ASHARQ ALAWSAT, these networks are still trying to deny his defection …

“NOBODY KNOWS WHO BETRAY WHO “ …

WHEN FICTION IS CLOSE TO REALITY : THE CURIOUS PUBLICATIONS OF A FRENCH WRITTER !

Curiously, the media lies of  the Tlass French Network has been issued also by the French Writter Gérard de Villiers. The writter of bestsellers for 40 years, the serial of SAS, a special agent of the CIA, named Malko Linge, who fight all the enemies of the USA and the Western World. De Villiers takes back the legend of the “mission in Lebanon” (sic). De Villiers of course is close to the Western secret services …

More curiously even, de Villiers has just published a few weeks ago a double book of SAS on the Syrian events, called “LE CHEMIN DE DAMAS” (4) (“The way of Damascus”, as the French expression from the life of Saint Paul and his conversion, what means someone who receive a revelation). The intrigue of the books is that the USA are trying to oust Bashar Al Assad  but to give the power to an insider of his regime. So they are searching a traitor inside Bashar inner circle … A perfect scenario for the traitorous former general Tlass ! “nobody knows who betray who “, writes de Villiers …

The place of the former General Manaf Tlass is in the dustbin of history. With Judas …

The presentation of the publisher for Vol. 1 is :

The presentation of the publisher for Vol. 2 is :

Manaf Tlass in Jeddah in Saudi Arabia, pic taken by ASHARQ ALAWSAT on end of May 2012. Long away from the slim and audacious general, the Tlass beautiful and rebell (sic) on the old pics issued by the French daily LIBERATION …