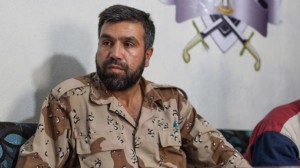 Maarouf told ‘The Independent’ that his group, the ‘Syrian Revolutionary Front’ (SRF), carries out joint operations with Jabhat Al-Nusra – the official Al-Qaeda branch in Syria.
“It’s clear that I’m not fighting against Al-Qaeda. This is a problem outside of Syria’s border, so it’s not our problem. I don’t have a problem with anyone who fights against the regime inside Syria,” Maarouf said to the media outlet.

The SRF leader even provided examples of the ways his group was helping Al-Qaeda.
“If the people who support us tell us to send weapons to another group, we send them. They asked us a month ago to send weapons to Yabroud so we sent a lot of weapons there. When they ask us to do this, we do it.”

Maarouf’s brigades were previously viewed as moderate among rebel forces that are more and more dominated by radical militants. Plus, the SRF was allegedly receiving significant aid from the US and other Western allies to battle the extremist forces.