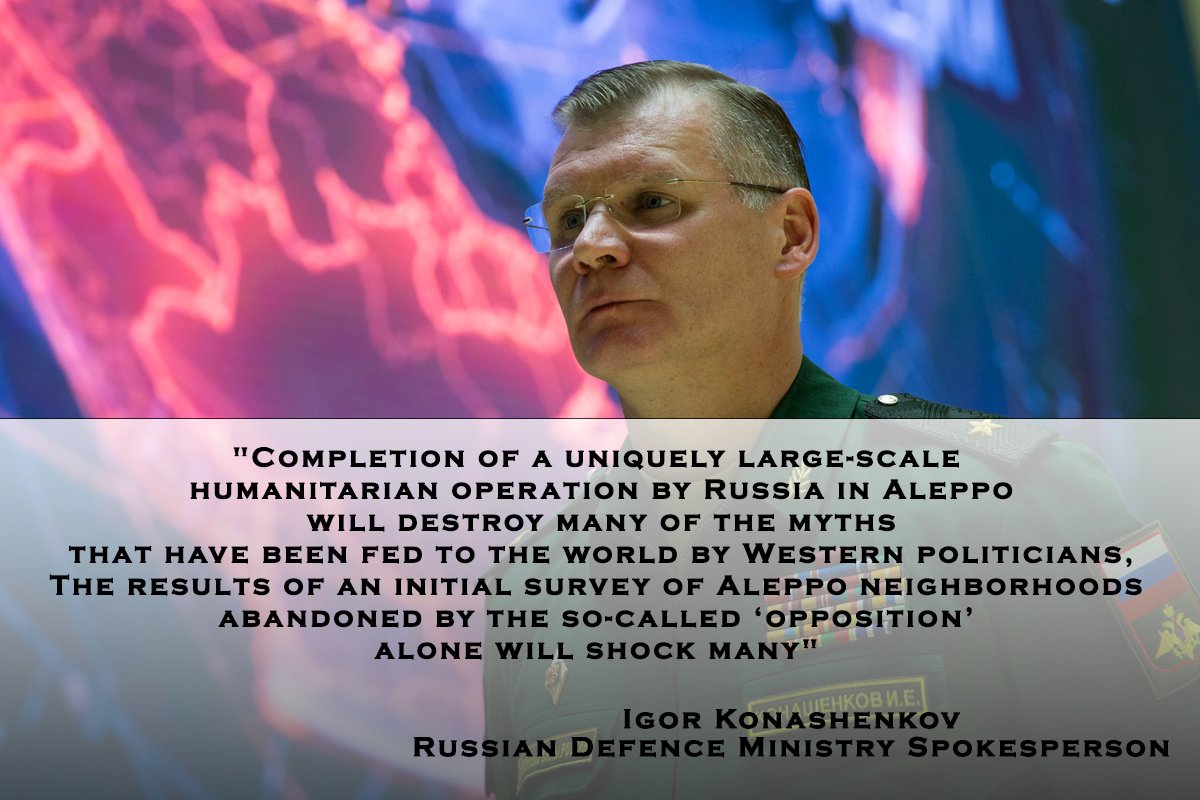 Russian Ministery of Defense:
“Mass graves with tortured bodies of civilians discovered in areas of Aleppo held by militants” (the so-called “rebells”) …

Many of the corpses were found with missing body parts, and most had gunshot wounds to the head, according to a statement by Russian Defense Ministry spokesman Major-General Igor Konashenkov:

“The completion of a uniquely large-scale humanitarian operation by the Russian Center for Reconciliation in Aleppo will destroy many of the myths that have been fed to the world by Western politicians,” Konashenkov said in a statement. “The results of only an initial survey of Aleppo neighborhoods abandoned by the so-called ‘opposition’ will shock many.”

In addition to the massacres on militant-held territory, the area had been extensively mined: streets, cars, the entrances to buildings and even children’s toys had been booby-trapped. In one small area, three tanks, two cannons, two multiple rocket launchers and numerous homemade mortars were found. Seven huge warehouses filled with ammunition and supplies were also discovered, Konashenkov said.

On December 23, Russian Defense Minister Sergey Shoigu said all militants had been evacuated from Aleppo. This came shortly after the Syrian Army declared the entire city free from anti-government armed groups. The Russian military is currently involved in minesweeping the liberated areas and providing humanitarian aid to returning residents. On Friday, a Russian military police battalion arrived to help maintain security.

This entry was posted in # ACTU / BREAKING NEWS. Bookmark the permalink.