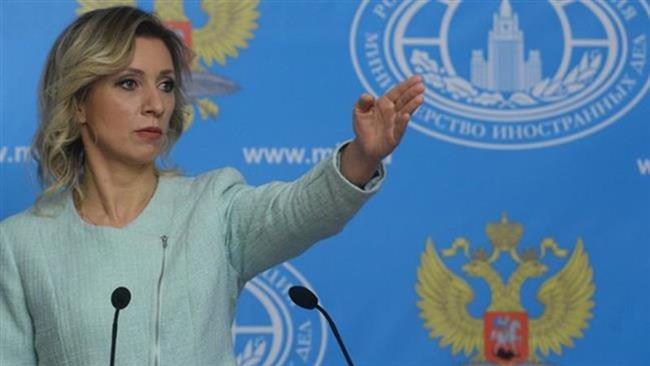 Russia has strongly denounced as a fabrication an Amnesty International report claiming that Syrian military police hanged as many as 13,000 people over the course of five years.

Russian Foreign Ministry spokeswoman, Maria Zakharova, told journalists during a briefing in Moscow on Thursday that the report was « a false story that does not correspond to reality » and is « a fake. »

« This is yet another targeted act of provocation aimed at pouring oil on the fire of the dying-down conflict within Syria, » she said.
Elsewhere in her remarks, the Russian spokeswoman censured Amnesty for publishing figures that she said were « the result of mathematical calculations on the basis of testimony of unnamed people. »

« The leadership of this respected NGO should take a more serious approach to these extremely dangerous fantasies of its Lebanon subsidiary, » Zakharova added in reference to Lebanon office of Amnesty International, which had prepared the report..

The Syrian Justice Ministry, in a statement published on Tuesday, rejected the account of mass hangings at Saydnaya prison near Damascus between 2011 and 2015 as bogus and false, saying such claims were meant to ruin the government’s reputation in the international community.

It added that such allegations come in the face of recent gains by Syrian army forces and allied popular defense groups in battles against foreign-sponsored Takfiri terrorists.

The statement further emphasized that based on Syrian law, death sentences are handed only after judicial trials run through several degrees of litigation.

Over the past few months, the Syrian forces have made sweeping gains against the Takfiri terrorists, who have lately increased their acts of violence across the country in revenge for the blows they have been suffering on the ground.